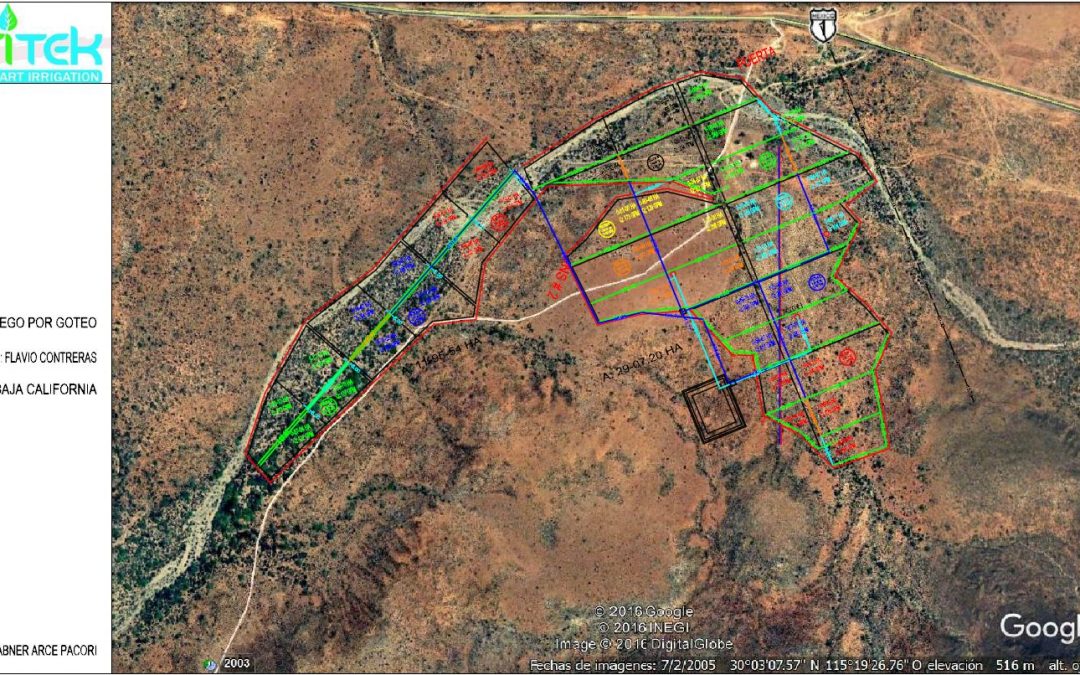 I returned from Baja last night, it was yet again a very productive trip.

We are pleased to report that Contel is making very good progress with the preparations of the land for the growing operations. Everything is working to schedule for the early spring planting. With virgin land like ours, there are 3 steps in preparing the land. The first is to clear away any existing vegetation, levelling off etc. which was completed over the summer of last year. The second step consists of removing stones and rocks, prior to cultivating the land, turning over the topsoil, which is done twice with two different types of machinery, in order to get the soil aerated. We estimate to have this process completed before the end of February for the total 40 ha (100 acres).

Once the soil cultivation has been completed, the third step is to install the irrigation system, a big job that will be performed by a specialist company in Mexico, “Agritek”, which was recommended to us by the buyer, “Agricola Consuelo.”

Initially we will start with what is called direct irrigation from the wells, while we are completing the construction of the water reservoir, which will be huge (25,000 metric tons of water). A big central facility will also be constructed next to the reservoir that will house pumps, filtration and fertilization systems, and serve as a storage facility, as well. This building will be about 300 m2 (3,300 sf). As a point of reference to the size of the reservoir, we can mention that it will take 35 people to place the plastic membrane. Additionally, we will install a second plastic membrane covering the reservoir, in order to be able to maintain the water clean from any bacteria at all times.

The seeds for the red peppers are currently being planted in a greenhouse in San Quintin. Following germination of the seeds and growth into small plants (4-6 weeks), they will be transported and planted during late March / early April, keeping us on schedule to begin the first harvest in late June / early July.

Photos will be added to the Baja Project page on the website, as and when available, in order for all who are interested, to be able to follow the progress. Some pictures from last week have already been posted.

Tomorrow we will be providing an update on the Oceanfront Project.