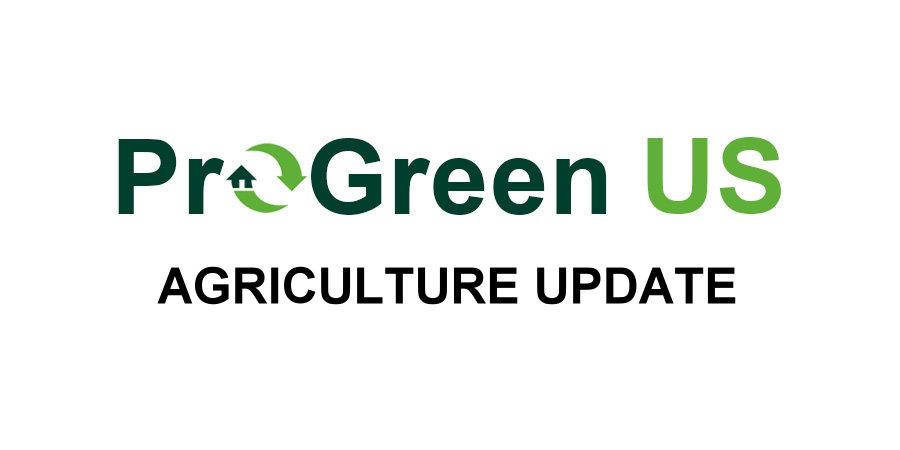 The ProGreen Farms™ operation at Rancho Arenoso in Baja California – our joint venture with Inmobiliaria Contel S.R.L.C.V. (Contel), operated by Contel – has now wrapped up the 2018 chili pepper harvest. We want to take this opportunity to provide the following summary and explanation of the results of our agricultural operation for 2018.

This is to review and explain the agricultural operation for the past year only. We are not drawing conclusions, making projections or stating plans for 2019 or future years. We have just completed the 2018 harvest, we’re still involved in end of season activities, and will be taking many things into consideration before committing to a specific plan for the coming year.

As we are still within the 3rd fiscal quarter and obviously have not finished the accounting, nor have we completed the audit process, all of the following figures are approximate dollar amounts. Precise dollar figures are provided in the Form 10-Q filed Dec 26, 2018 for results within the period ending Oct 31, 2018. We will refer here to this latest financial report in order to provide a basis of understanding for the reader to relate new information subsequent to October 31, 2018.

ProGreen’s wholly-owned U.S. distribution subsidiary, ProGreen Farms US, LLC (FarmsUS), had a supply agreement with Huy Fong Foods, Inc., to deliver a minimum of $1.2M of red jalapeno chili peppers from August through December 15, 2018. Partly as a hedge against potential unforeseen problems that could affect the harvest at the Arenoso farm, but also in order to maximize deliveries to Huy Fong while at the very least ensuring the minimum goal of $1.2M, FarmsUS delivered peppers from other suppliers in addition to those harvested by Contel. This was done in tandem with the Arenoso harvest and even combined on trucks at the farm, nearly from the beginning of the harvest in August. We were fortunate to have started this way.

The agriculture operation as a whole generated approximately $1,105,000 in revenue from the 2018 season. ProGreen Farms US, LLC invoiced $985,000 for deliveries to Huy Fong Foods, Inc., and the remaining $120,000 was invoiced by Contel for sales of green jalapeno peppers to local buyers (in Mexico). Total revenue generated by the farm at Rancho Arenoso was $570,000. Total invoices for outside suppliers was $535,000, of which ProGreen received 10%, or about $53,500 (this is called a “management fee” in the financial report).

We have five most-significant factors to note here:

First and foremost, funding is at the root of the difficulties that we face (as does the farm), as well as complications that arise as a result.

We had not yet received the planned funding, and this led to a staggering of the planting. Though it was most ideal to have the entire crop of seedlings in the ground, planted at the same time in April, Contel began planting in May and finished in late June. This was due to the limited funds availability at the time the seeds needed to be purchased and germinated, though it was believed acceptable, considering the long-term trend over many recent years for length of the warm season. It was also noted that the same variety of chili pepper that was farmed in 2018 was producing red chilis at a very good rate during the 2017 growing season well into January of 2018. The expectation was to harvest red chilis for delivery to Huy Fong through December 15, or at least until the minimum $1.2M was met, and then to harvest green chilis for other buyers at what could be a premium price for the off-season.

3. TROPICAL STORM – A RARE OCCURANCE IN THE REGION

In early October, we had tropical storm Rosa. Hurricanes or tropical storms are very rare in this area. There was no acute impact to the crop, other than a few days interruption to the harvest, though it was later noted that there was a delay in the maturing of the plants.

4. THE WARM SEASON WAS CUT SHORT

Cooler temperatures remained after Rosa, and the plants never recovered to what was considered full-maturity output.

5. HUY FONG DECIDED TO SHUT DOWN A MONTH EARLY

At the time the farm was bracing for tropical storm Rosa at the end of September, Huy Fong began asking for estimated timing of final deliveries for 2018, and noted that other pepper suppliers representing the large majority of their total usage had already indicated they will complete deliveries by November 15. We were later notified that Huy Fong would be shutting down the pepper receiving process and would not receive additional deliveries after November 15.

Yes, as it turns out, Contel is still going through some growing pains. Though this year has proven a substantial operation that has also completed important new milestones, including PrimusGFS certification (Food Safety Management System and Good Agricultural Practices) for the export of produce to the U.S. The 2017 and 2018 growing seasons, including ProGreen Farms’ contract with Huy Fong Foods, Inc., has raised Contel’s profile in the Baja California agriculture market considerably.

As shown on the Balance Sheet of the Q2 report, we have a Note Receivable Asset in the amount of $1,014,270 as of 10/31/2018, due to ProGreen from Contel. This is for repayment of the seed capital for the farm operation. Per the Joint Operating Agreement with Contel, ProGreen is to receive 50% of net profits from future years’ operations.

As noted in the Q2 financial report, Contel will not be supplying peppers to Huy Fong in 2019. ProGreen and Contel jointly agreed to avoid a further commitment to Huy Fong to supply chili peppers for 2019, as well as any further expansion for farming chili peppers, until we could assess the 2018 results at or near completion of the harvest. We were not yet convinced that it was in the best interest of the JV operation to grow peppers again in 2019 or, if so, to expand the farm in order to add more acreage for pepper farming. It is for this reason that we did not engage in any discussion with Huy Fong regarding 2019 or beyond, until November 15. We feel this is important to note, as there are many factors being considered as Contel moves further up the learning curve and continues to improve the ProGreen Farms operation. We contacted Huy Fong on behalf of ProGreen Farms US, LLC on November 15 to set up a meeting to discuss 2019 business, as we did at the same time the prior year. We were thanked for supplying peppers to Huy Fong in 2018, and then told that they had already reached their contract quota for 2019, and would not be needing peppers from ProGreen Farms. It is conceivable that Huy Fong assessed the situation and felt that they could not rely on ProGreen Farms in the long run due to the numerous alternatives available to us, many of which could yield significantly higher profit margins.

To be sure, Huy Fong is a very good customer (very good business relations, payment terms, etc.). We have much respect for the company and appreciated their business very much, as well. Both ProGreen and Contel understand that having the contract with Huy Fong for this first full year with a proven productive pepper plant was ideal. And if ProGreen could have completed a funding deal at this time last year – after which the ProGreen Farms operation could have pursued the opportunity with Huy Fong much more aggressively – we might be in a better position for a long-term relationship with Huy Fong. Even then, we would certainly diversify the product and add buyers in order to avoid risk associated with a single product, single buyer situation; and quite possibly we may have determined consequently that an alternative was perhaps more profitable and suitable for the long-term business, as there ARE many options and alternatives.

Contel is taking into consideration: 1) they must mitigate risk to some degree through product diversification and/or multiple buyers; 2) there are other fruits and vegetables that may be more suitable for ProGreen Farms, generally, or in one year versus another; 3) cost of packaging and transportation for export; 4) even considering the chili peppers that Contel farmed in 2018, there may be more profitable sales opportunities. There are many other considerations, as well.

Take, for example, the following market price snapshots of jalapeno chili peppers imported from Baja California to Los Angeles in September and October 2018 (from the USDA) – the price varies substantially, and can be significantly higher than an agreed-upon contract price.

Following the final harvest of red chilis for Huy Fong in Mid-November, Contel was able to sell green chilis to local buyers at a price 20% higher than ProGreen Farms US, LLC received from Huy Fong after packing, exporting and delivery to the Irwindale, California plant. This alternative alone resulted in a 50%+ improvement in profit margin using an estimated baseline cost of goods (COG), and this is without any focused or organized marketing/sales effort to command the best price available:

As a second alternative example, an extended family member of our partner in Contel farmed onions this year in Baja California. The farm is smaller than Arenoso, yet produced $2M in revenue this year from onions.