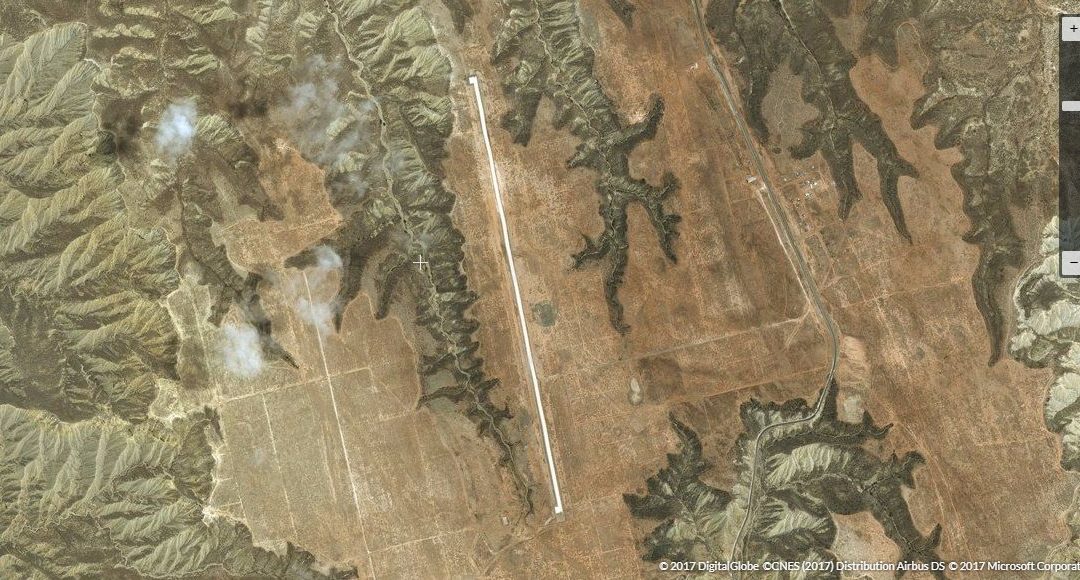 In the recent Cielo Mar video podcast, we made reference to the runway just outside of El Rosario that was constructed by the New York Yankees. However, the original image that we presented in the video from Google Maps was apparently captured before the runway was constructed.

This runway that is already in place – and for which a reported investment of $5.1M has already been made – was mentioned as the likely future site for an international airport that would be operated by the Mexican government (as all non-private airports are operated by the government in Mexico). We made further mention that this runway, as well as the location, is consistent with the massive, long-standing project by the Mexican government – as well as the government of Baja California – to create what is referred to as the “Escalera Nautica” (nautical ladder). The plan for Escalera Nautica consists of 20-some marinas and a similar number of airports around the perimeter of all of the Baja California peninsula to promote tourism, as well as vacation and retirement living.

We’ve now located a proper image including the runway, shown here. The image is from NASA satellite data, and the link below provides direct access to the interactive map page. 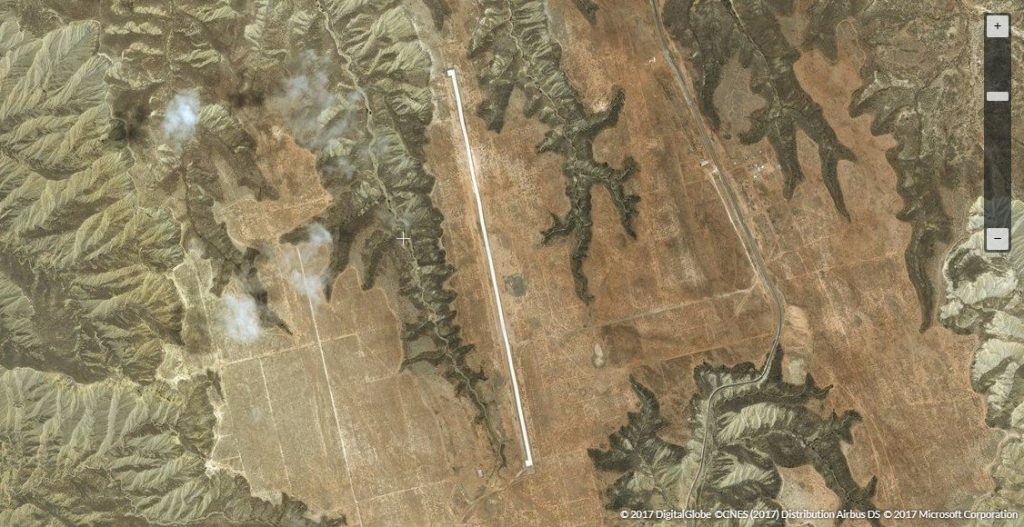 The runway is concrete, measuring approximately 1.2 miles in length, and the line-of-sight distance from Cielo Mar is 16 miles. The map image below shows the location of Cielo Mar in relation to the El Rosario runway, as well as to Arenoso, where we have the agricultural land and our ProGreen Farms™ operation. 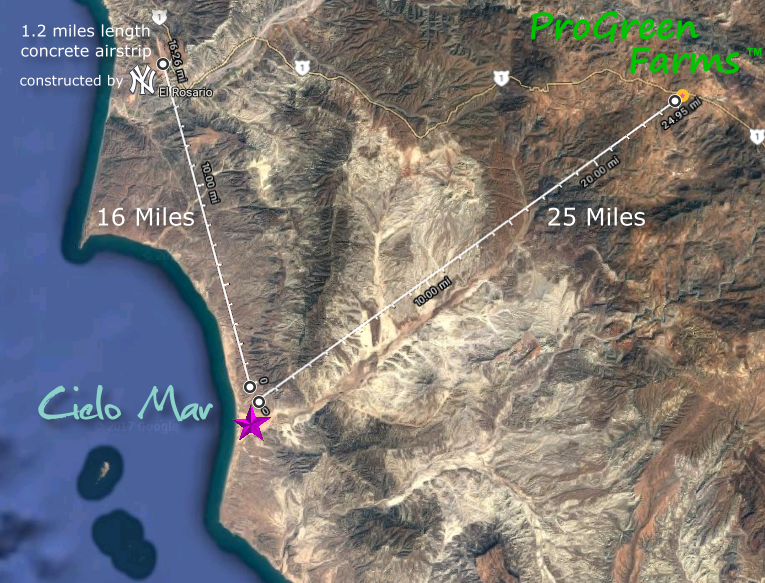