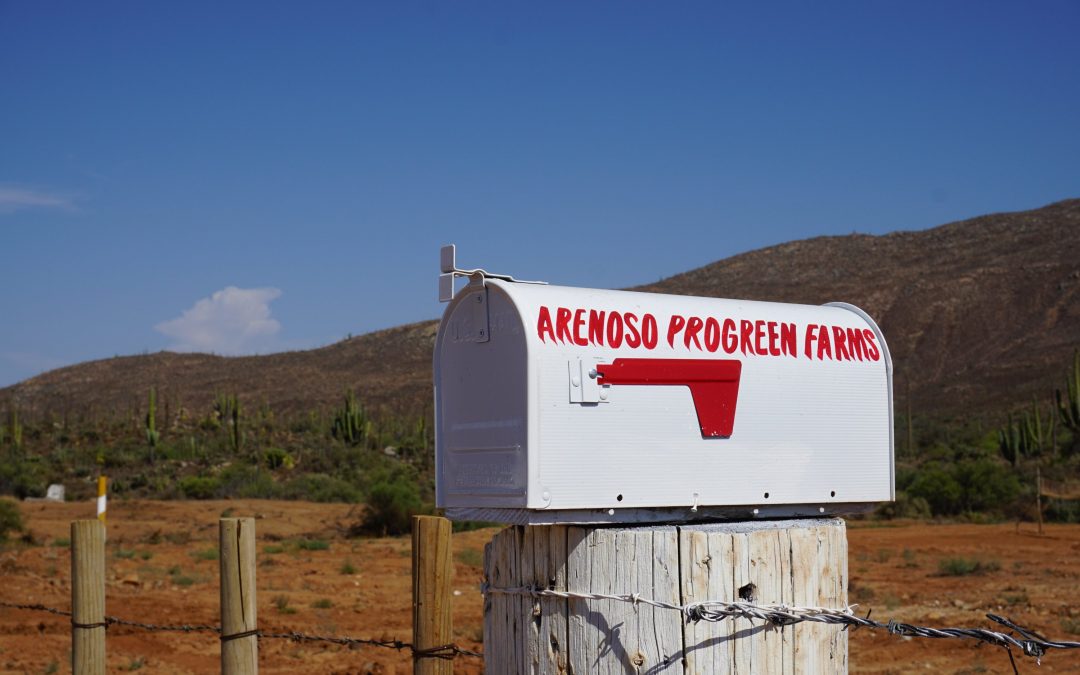 The beginning of the harvest represents two major milestones. Not only have we successfully developed the land and infrastructure for our first produce farm, Arenoso; with the harvest now underway, we have demonstrated the successful development of a complete, functional farming operation.

The location of the Arenoso farm on the main highway has proven to be the perfect showcase for ProGreen Farms™ from the very start. From the development work to the daily operations and now with the view of the vibrant pepper crop from the road, the farm has garnered a great deal of attention from produce buyers – who are now actually coming to the farm, regularly, requesting produce – as well as from growers and large farming operations wanting to buy the farm. Through this exposure, and in combination with the actual results, we have already achieved a new level of maturity in supply chain participation within the produce market.

“Contel has reached another important milestone, having proven the operation’s capabilities, and now with the ability to be more selective in what the operation will produce and for which buyers,” said Jan Telander, President & CEO of ProGreen. “This is obviously a very good confirmation of the value we have here, and of the opportunities that we have ahead with the thousands of acres of land within our control through our strategic partnership with Contel.

“Contel has negotiated a supplement to the earlier agreement with the buyer, Agricola Consuelo, originally valued at $1.M+, in order to take advantage of the current, higher market price for the peppers. As a result, some of the crop will be going to other buyers, one being a large wholesaler with both exports to the US as well as with large distribution within Mexico.”

“We are now also considering various options for improving efficiencies in the Arenoso operation, such that goals for growth in terms of revenue and profit may be achieved with the development of new land in combination with various methods & processes that can potentially double the produce yield, or more, and extend the growing season for a given crop,” said Telander. “This would shift some of the investment required for developing new land, into improved methods and processes for the existing operation, and represents yet another significant milestone for the company’s agricultural operations as we have already reached this new level of maturity in farming expertise.”

2016 – JV w/Contel, with nearly 14,000 acres under control and 4,000-5,000 acres estimated farmable, depending on availability of water; ample water proven and first-pass cleared for farming on the first 300-acre tract, plus 11-mile road cleared for access to the 1900-acres.
Jan 2017 – Contel entered into the agricultural market and signed $1M+ produce sales agreement with exporter/importer to US market, having estimated net margin of 55-60%; this first grow cycle for the operation estimated to produce millions of pounds of chili peppers; profits to be split 50/50 between ProGreen and Contel, with ProGreen recovering 100% of its investment prior to profits being distributed.
Feb/Mar 2017 – first farm on the 300-acre tract dubbed “ProGreen Farms™ Arenoso,” combining the trademark name of ProGreen Farms with the local name, Arenoso, east of El Rosario on the main highway. Seeds planted at the Baja Plants nursery & preparation of the land for planting; complete irrigation system installed from pumps to pipes to drip irrigation tubing and valves, 1,000’s of feet of 8-inch pipe buried and many more 1000’s of feet of above-ground drip irrigation tubing laid, after 100’s of truckloads of rocks removed with the virgin soil turned over 3 times.
May/June 2017 – pepper seedlings planted on the farm in stages, for a staggered harvest expected to generate first revenue from the company’s Baja investments beginning July/August through November; 1.9 million seedlings planted.
July/August 2017 – Arenoso farm a showcase operation from the start, attracting much attention during land preparation and irrigation installation, and now with interested parties coming to the farm with demand for produce as well as farmland for growing; harvest started and in full swing, now; plans underway for expansion, including some new land prepared as well as methods and processes for dramatic increase in yield on parts of the land already in use – and providing longer or additional growing seasons.

This press release might contain information, which may constitute ‘forward-looking statements’ within the meaning of the Securities Act of 1933 and the Securities Exchange Act of 1934, as amended by the Private Securities Litigation Reform Act of 1995. ‘Forward-looking statements’ are based upon expectations, estimates and projections at the time the statements are made that involve a number of risks, uncertainties and other factors that could cause actual results or events to differ materially from those anticipated.